In l983 I built the first of three columns titled Helical Spectrum. I continued with columns of basically the same structure in l990 to l994 but called the later series Chromatic Twist. Strips of plastic were twisted and bent into shape to form each column. The widths of the strips in relation to each other progressively change so that colors broaden or narrow from one end of the column to the other.

In l986 I built a transparent sculpture, Diachroma, consisting of three overlapping, tilted and zigzag structures, one behind the other. Each of the vertical planes projecting and receding in a zigzag manner was painted with graded transparent colors on transparent sheets of acrylic plastic. Light illuminates the entire piece from the back and the overlapping planes of color affect a variety of subtractive color changes. 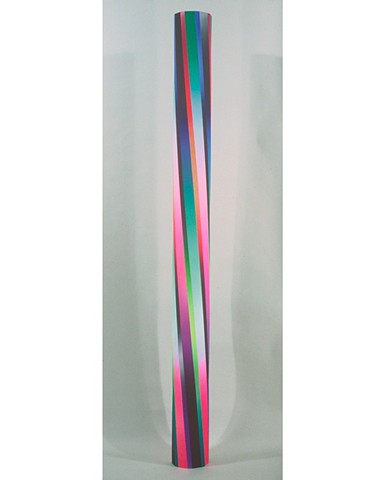 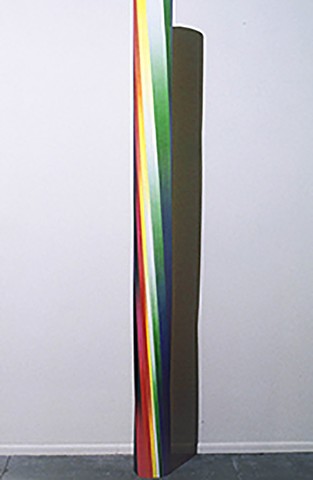 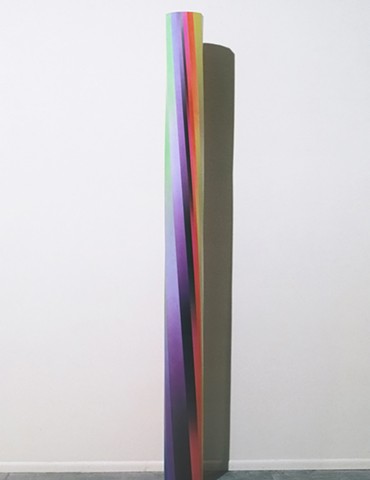 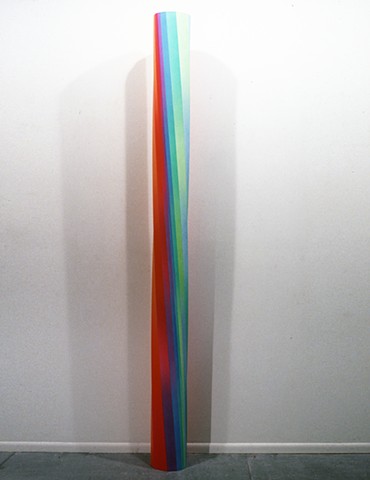 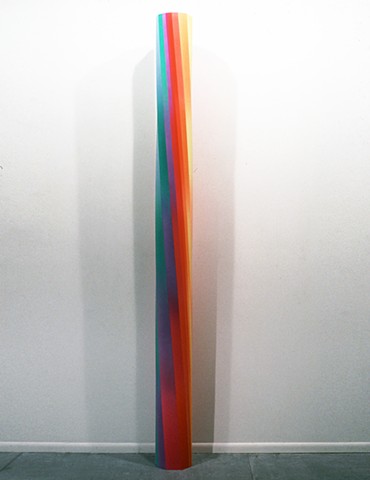 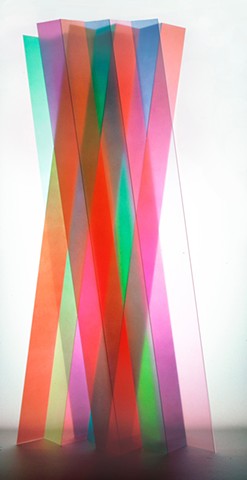