Paintings produced from 2008 to 2010 are brush painted either on canvas or plastic surfaces in a variety of shapes: diamonds, circles, scallops and an ellipse and all have a radiating center. Shapes that make up the image move about the center in a variety of ways, displacing, rotating, radiating and so on. Initially they began in 2008 as black, white and grey, or just black and white. In 2009, I included color as an additional element to contrast and balance with the black, white and grey components. These geometric images emerged from my mind automatically. I enhanced them by exploiting their character in the media of painting to convey a clear, precise and dramatic impression. 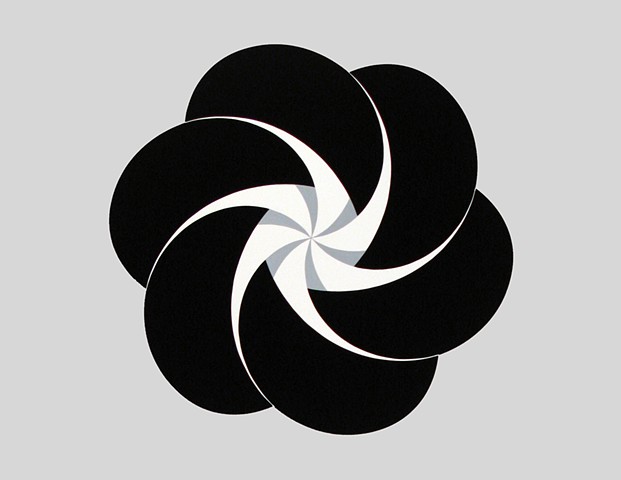 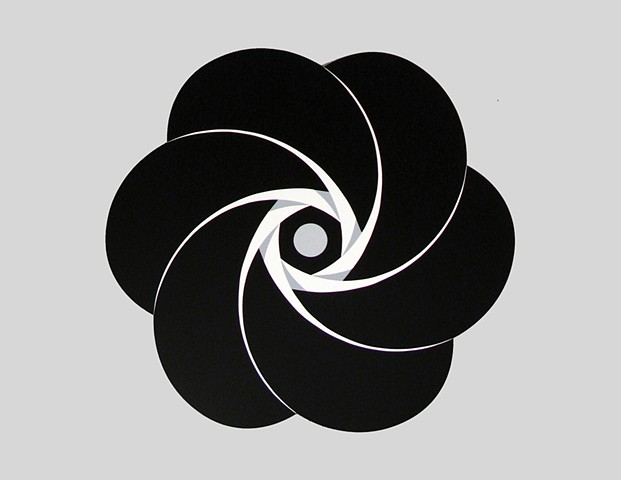 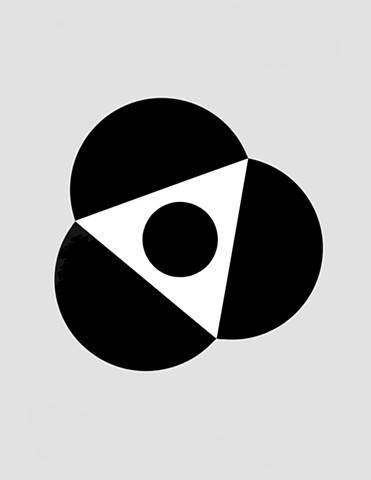 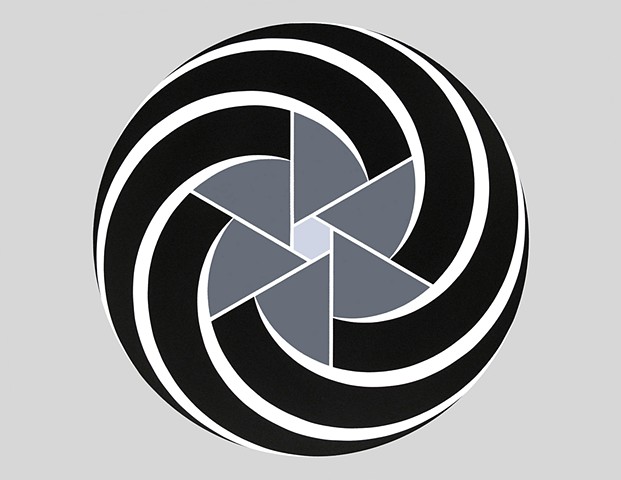 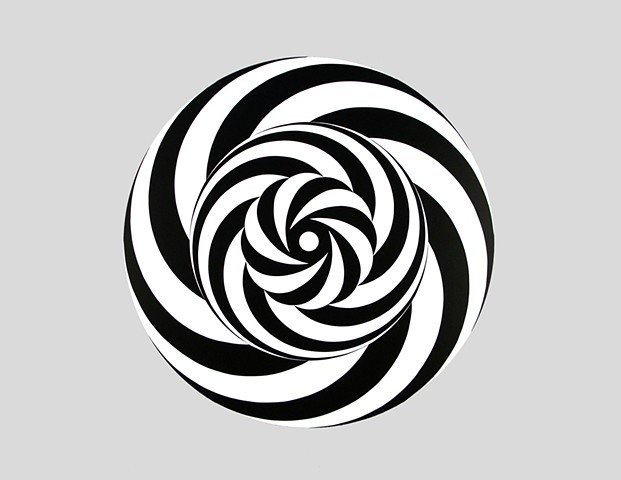 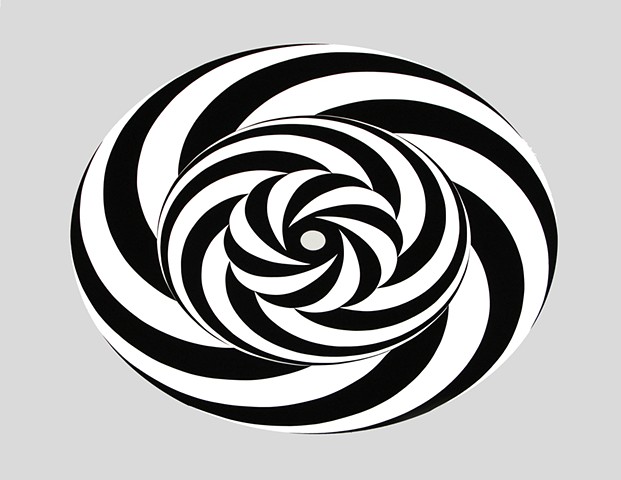 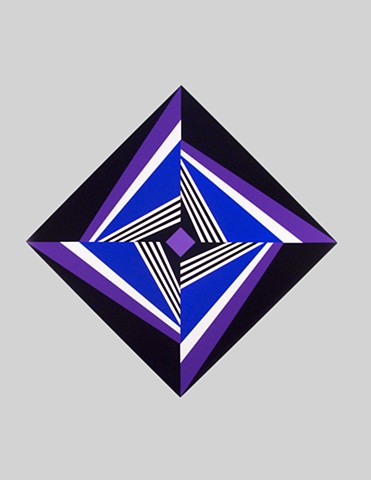 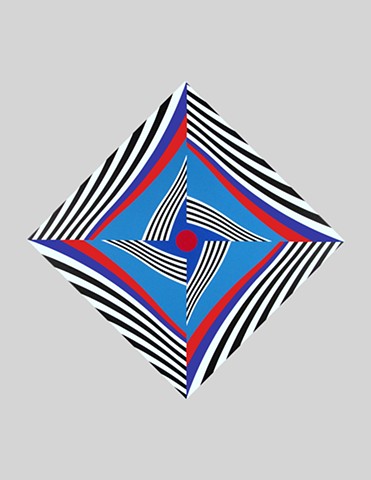 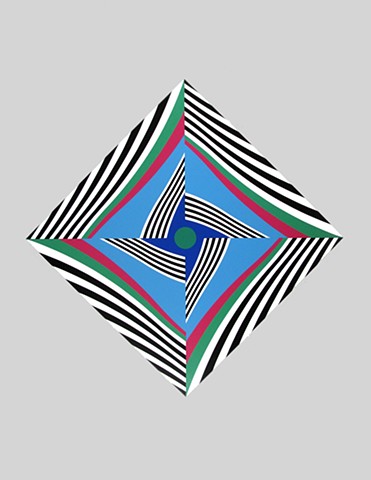