Using a vertical format, I produced three gradient color planes. After deploying the initial gradient on the entire surface, I masked out alternately and deployed another color gradient. Without removing the first masking I did the same thing the second time after masking out with diagonals in the opposite direction and painted the third gradient. Depending on the interaction of color, I was able to generate a variety of shapes: diamonds, stripes and gradual transitions between them. 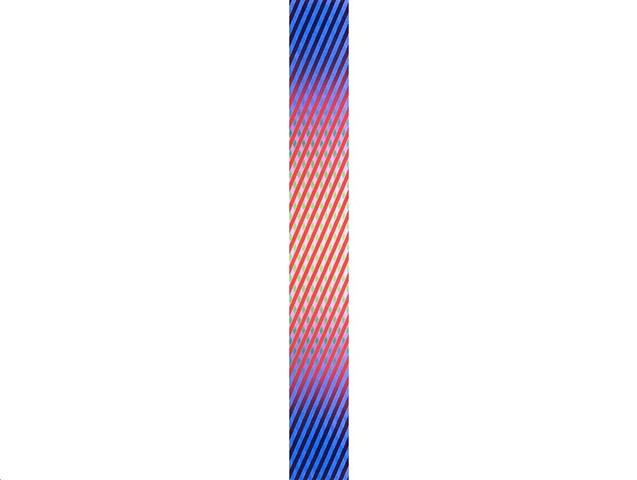 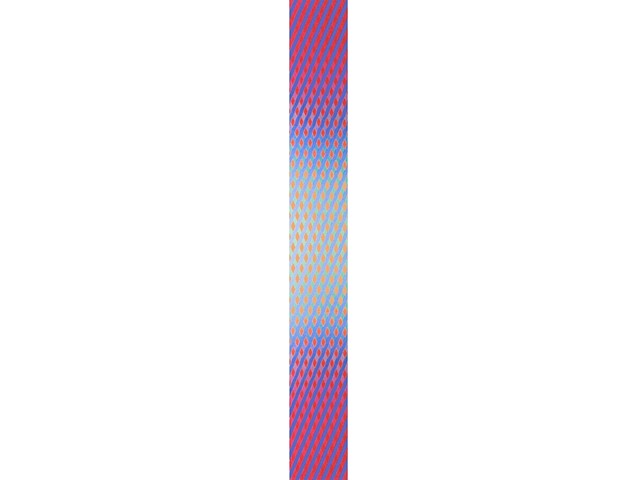 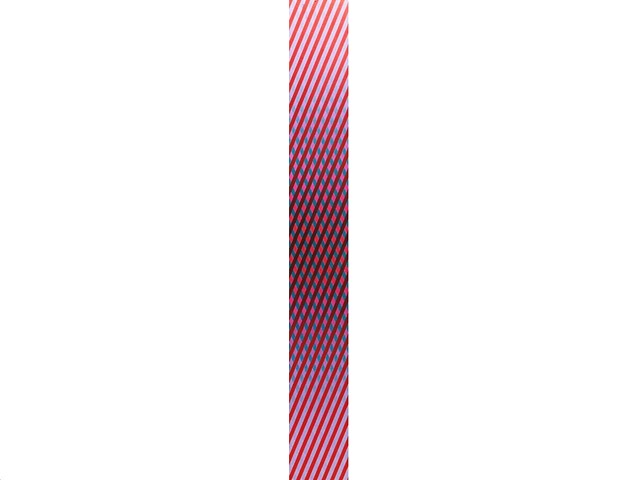 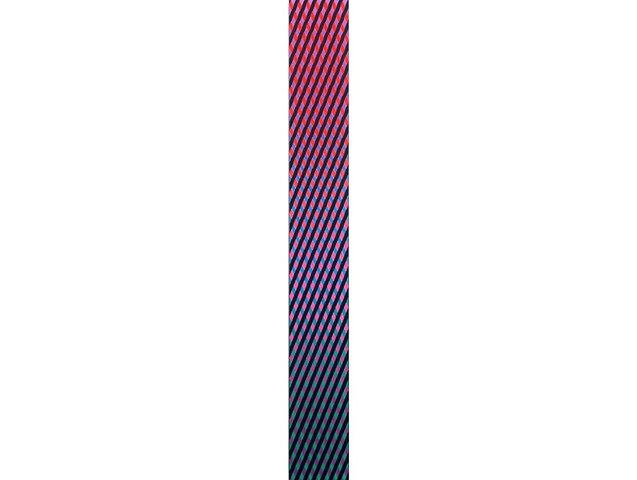