In Pendenza, l978 to l980, I used the same method of sequencing as in Diamorphus but I reduced the color bands to eight strips and for the first time tapered them. Also the top and bottom edges of the strips were cut at an angle so all together they formed a long tall parallelogram, eight, and nine or ten feet high slightly tipped and leaning from the floor against the wall. Backs of the Pendenzes were painted a color that reflected back from the surface of the wall behind and around the painting creating a subtle halo effect. This series was a precursor to the columns that would follow the Isis series right after Pendenza. 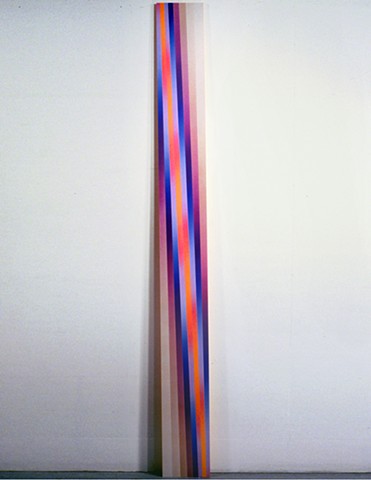 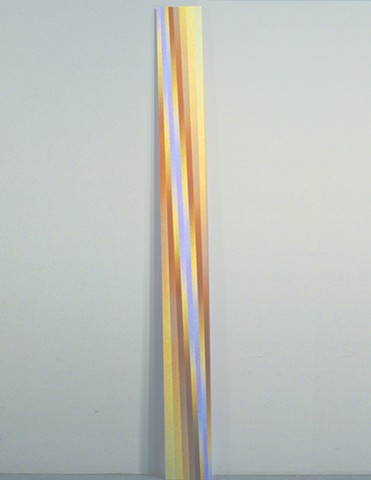 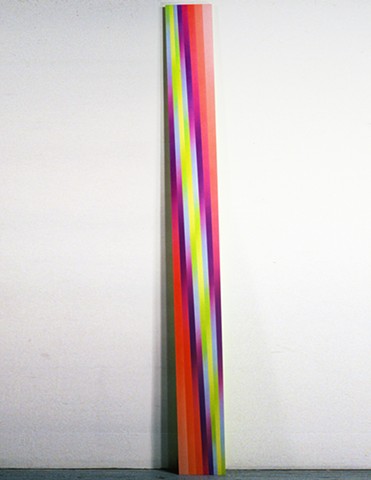 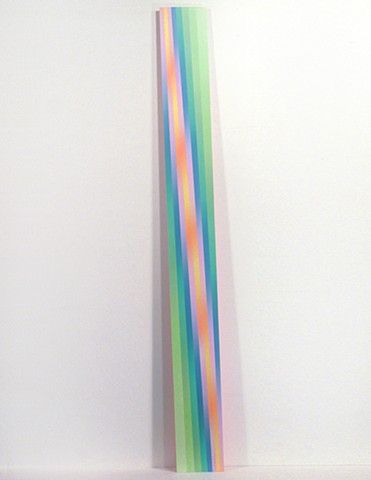 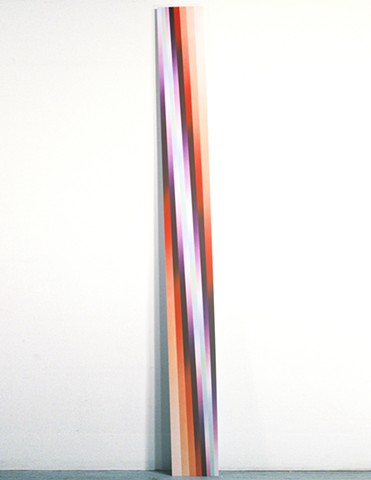 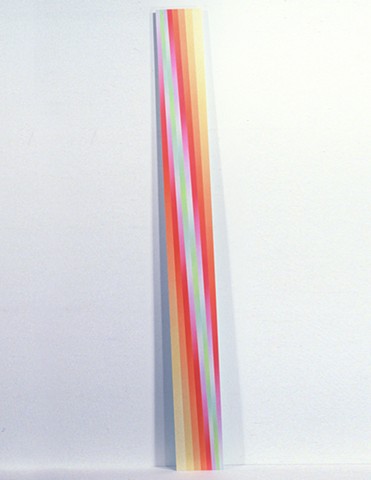 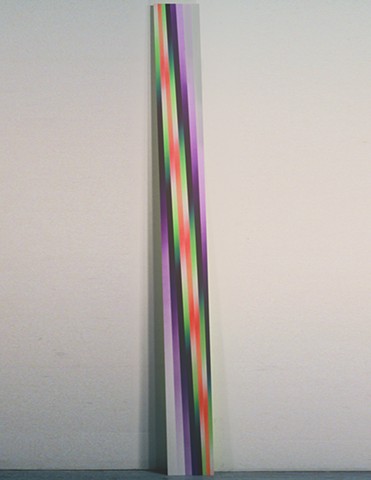