From l973 to l974 I executed vertical paintings consisting of strips of plastic cut at first from two, and later one pre-painted surface with gradient color. The cut strips were then rotated and/or displaced in relation to each other. I called this first series using precut bands of color “Iota”. I used the same method for the Epsilon series. In the Theta series that followed, I generated two paintings with two sets of the same color bands each sequenced differently as in Thetas 2 and 3 and Thetas 6 and 7. 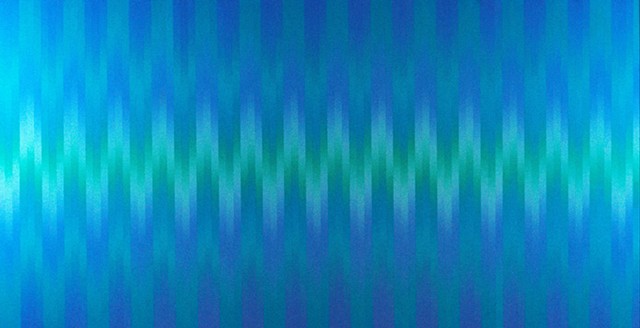 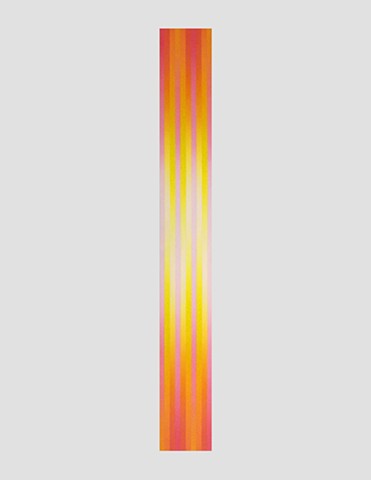 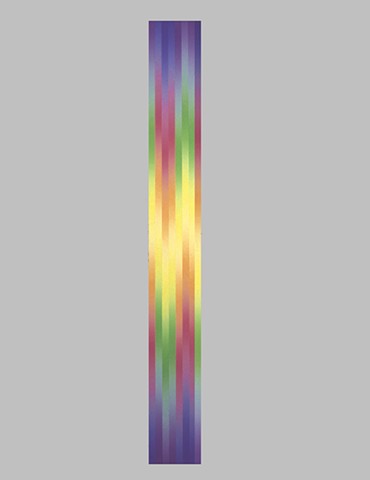