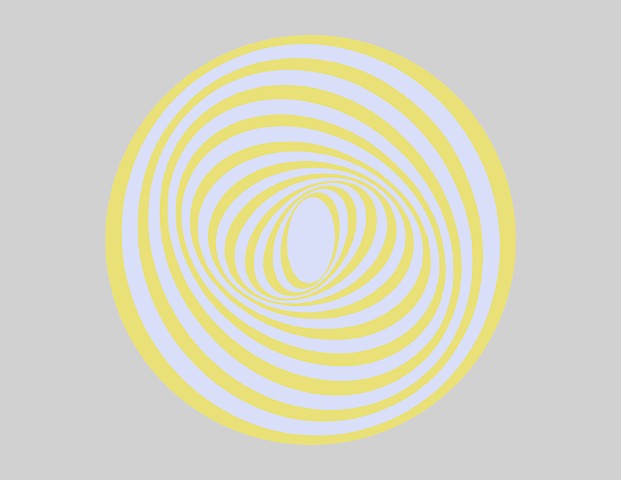 Click on the link below to see video www.youtube.com/watch?v=6QnVfmvlgQY

After these artists had been shown in the legendary exhibition "The Responsive Eye" in the Museum of Modern Art New York in 1965, Op Art – and the concept – had established overnight. Op Art was a rational, ordered response to the chaos and intuition of Abstract Expressionism. Its impact derives from the tension between negative and positive shapes and lines, which can be further reinforced by the skilful selection of colours, as well as from the way in which the human brain (mis-) interprets what the eye sees.