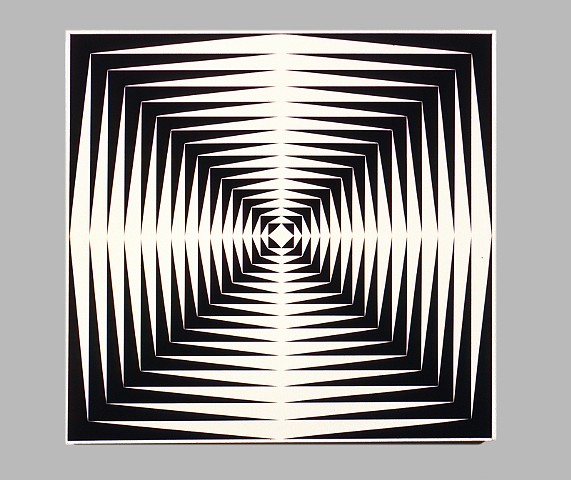 From the exhibition essay by Robert S. Mattison entitled "After Image: Op Art of the 1960s"

“By presenting stimulating optical effects as well as visual incongruities and puzzles, Perceptual Art urges us to explore a universal aspect of the human condition, the relationship between seeing and knowing, or the manner in which we assimilate and use visual information. Francis Celentano's Web epitomizes the questions asked by Perceptual Art. While realizing that the painting's surface is flat we alternately perceive its center as projecting and receding. Additionally, we read each of its four quadrants as folds in space. Despite the painting's centralized pattern, we are unable to separate figure from ground or even to determine whether its black or white lines are dominant. The "simple" design of Web leads us into a maze of visual questions; the implication is that any aspect of sight requires the most careful analysis.”