In 2002, I did a series of Paintings titled SERPA, in a narrow format with undulating strips. I used a CAD program (computer assisted design) to cut strips of plastic into wave-like rhythms that meshed neatly one into the other. The method of deploying color and painting the strips was similar to that of several of the earlier series described above. The wave-like shapes add another dimension of visual experience, enhancing the rhythm of color and form. 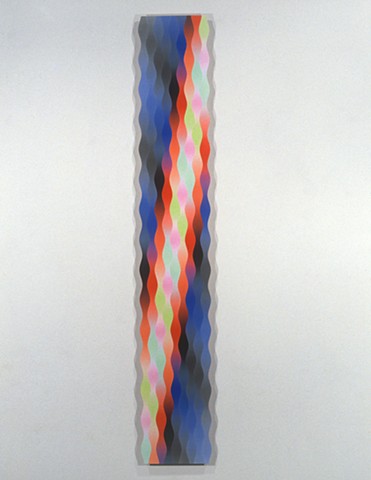 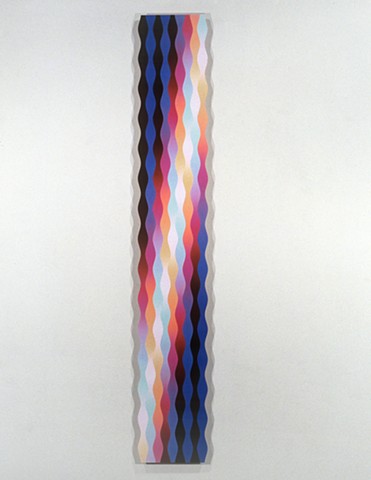 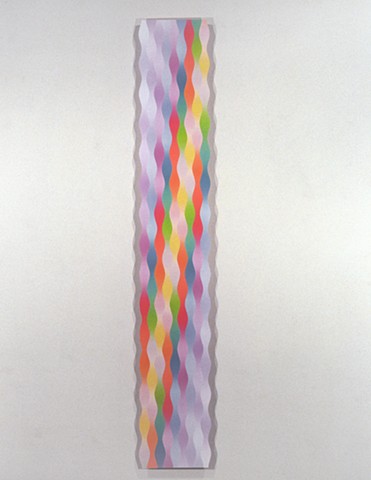 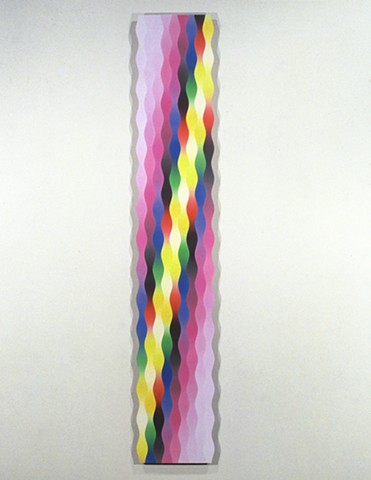